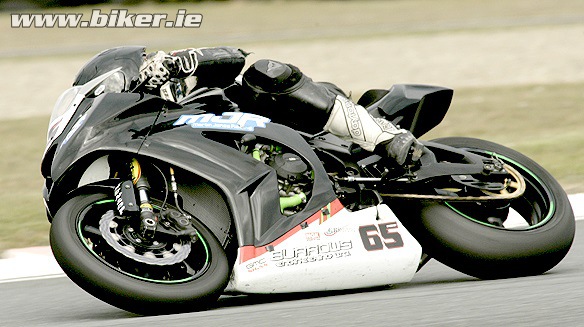 2014 saw the Skerries rider take Man of the Meeting at quite a few National Road Races and the former Manx Grand Prix winner will again be onboard the MJR Kawasaki, Trak Blast Yamaha and Kiely Heating Supertwin Kawasaki for the County Tyrone event.

As an advocate of the quarter litre class, the Irishman is disappointed there is no 250cc race at this year’s event, but one of his major goals is to be the first Southern Centre rider to win back-to-back 250cc Irish Road Race Championships in 2015.

Sweeney had a run out at Bishopscourt during the Easter Saturday meeting, recording two top eight placings in both Superbike races, which gives him valuable track time before rolling out his bikes at the KDM Hire backed Cookstown 100.

Sweeney was the awarded the IFS National Road Racer of the Year accolade at the recent Adelaide Motor Bike Awards in Belfast.

Source: Sweeney all set for kdm cookstown 100 on full stable of machinery

Are there any Mobile motorbike mechanics in Dublin

There seem to be loads for cages but I cant see any online for bikes. I would have thought this would be a good idea – instead of having to drop your bike in and pick it up the next day, a guy who can call out and service or upgrade your bike at your home or work. Anyone know of any like this?

Source: Are there any Mobile motorbike mechanics in Dublin

It’s always a worry. No matter how good YA think your bike is ( the f..KERS always seem to find somthing WRONG…).
So tomorrow afternoon I will be like an expectant father outside the maternity room. :lbhbh:
One thing you don’t have to bother about at home.

Trouble over here is that if you let your MOT lapse YOU ARENT COVERD FOR BREAKDOWN RECOVERY. ( I found that out to my cost…..OH !!!! Sirs MOT seems to have expired… This invalidates your RAC European breakdown cover.)
F..king computer linked DVLA b******s…

Welcome to all you bikers
Source: tt accomodation 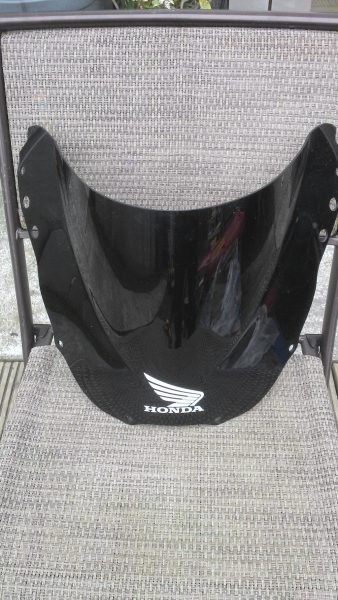 Assen The Next Opportunity For Rea And Sykes

KRT’s Jonathan Rea and Tom Sykes will arrive at one of their joint favourite circuits this coming weekend as the fourth round of the FIM Superbike World Championship is set to take place at historic a**en, located in the north of the Netherlands.

Both riders have won races there before – Rea five times and Sykes once in his championship winning year of 2013. And both are keen to add to their haul of race wins at the unique Circuit van Drenthe on the latest-specification Ninja ZX-10R.

Rea enters a**en hot on the heels of another strong display at the front of the field since he joined Kawasaki this winter. He took a win and then a second place at Motorland Aragon last weekend to extend his championship lead over Leon Haslam to 26 points. He has four wins and two second places in all so far in 2015 and a career total of 19 WSB race victories.

Sykes, now fourth in the championship standings, had one third place and then a heavy highside crash at Motorland but he escaped uninjured and is now focusing all his energies to getting his bike ready for the challenge of the iconic a**en circuit. With two third places in 2015, and 22 race victories on his career record, long-term Kawasaki rider Sykes is making continual improvements to his machine set-up after extensive technical rule changes came into force over the winter.

Assen has been the scene of many redesigns and renewals over the decades but it still features the heart and soul of its original format as a roads circuit, albeit with modern levels of runoff and gravel traps. Featuring strong cambers, fast sweeps and many corners that feed into one and other, a**en is an all-time classic venue for bike race fans and riders of all generations.

“I am really excited about a**en because it is a circuit I really enjoy and I have had some good success at in the past. This year with a new team and a new bike we need to see how we perform on Friday but a**en is somewhere I think we can try and win again. There is always close racing there, which I am looking forward to. It is cool to go there each year because there are always a lot of British fans that make the trip over to watch the race. I have some family coming as well. Aside from Phillip Island this is going to be the race that most feels a little bit like home because I have spent so much time there in the past.”

“I’m now looking forward to a track that we have gone well at in previous years. The layout is really exciting from a rider’s point of view. Obviously I was not fortunate enough to use the old layout but basically on most of the track, if we exclude the relatively new early section, it has real nice cambered corners and gives you a great feeling with the bike. The cambers add to the speed and feel through the corners. There are some real fast flowing sections. We had a big knock last Sunday at Motorland Aragon but to be honest I came out of it pretty well. I feel better already.”

David Salom (Kawasaki Team Pedercini) posted his best race finish of the season with sixth at Motorland Aragon last weekend and is out for another two good results in the Netherlands. The 2014 SBK Evo Champion for KRT last year, Salom is currently 12th after missing the first round in Australia through injury.

Source: Assen The Next Opportunity For Rea And Sykes

After taking their debut MCE British Superbike Championship win at the opening round of the 2015 season last weekend, the GBmoto prepared JG Speedfit Kawasaki team head to their ‘home’ circuit this weekend where riders James Ellison and James Westmoreland will be looking to secure further silverware.

With Brands Hatch being the closest circuit to both the GBmoto and JG Speedfit headquarters, the team will enjoy significant support from local fans at the Kent circuit this weekend. It was an emotional opening round for the team last time out as James Ellison took their debut win in the MCE British Superbike Championship. Unfortunately on the other side of the garage, technical gremlins meant James ‘Westy’ Westmoreland was unable to show his true potential, however with the team fully rebuilding the bike he is now ready to come out fighting at Brands.

At just 1.2 miles long, the Brands Hatch Indy circuit is one of the shortest on the calendar and with the largest ever entry in the blue-riband class, securing a good qualifying position will be vital. Acting as the opening round last season, the Indy circuit proved a fruitful weekend for the GBmoto team as they marked their debut weekend with Kawasaki by securing three podiums. Following on from the win at Donington, both riders will be looking to secure more silverware in Sunday’s two 30 lap races.

Looking to secure his first ever ‘double’ this weekend, James Ellison said, “It was mega to get GBmoto and JG Speedfit’s first ever BSB win at Donington Park last time out. It’s just a shame we had a small technical problem ahead of the second race which put us to the back of the grid. It was one of those things no one could have predicted but taking positives from it, I was still matching the pace of the leaders and the team has made the battery more accessible so we can change it in a matter of seconds now!

I’m really looking forward to getting going at Brands Hatch. We had a great weekend on the Indy track last year and secured two podiums, so even though the bike has changed considerably since then, it’s a real boost that I can turn up Friday and use those settings as a base – something I’ve never been able to do before. Obviously with the number of riders on the grid, it’s going to be very busy out on track but the plan is to qualify well and if we can do that, I’m confident we can challenge for the team’s and my first ever ‘double’ win!”

Despite being forced to retire in both races at Donington, James Westmoreland is ready to come out fighting at Brands Hatch, “The Indy circuit has always traditionally been the opening round of the year, so after the problems at Donington I’m treating it as just that! Obviously not finishing both races was far from ideal, but mechanical problems are not something the team is known for so I know it was a one off. They’ve worked incredibly hard since Donington to completely rebuild the bike which means we can come out fighting and get the results we know we can.

Qualifying is always important, but it’s going to be vital to get through to the final session this weekend as with that many riders on the grid and the short nature of the circuit, times are going to be so close and we can’t afford to lose time fighting through the field. I quite like the Indy circuit and the team proved last year the ZX-10R can run at the front here so I’ll be looking to get a good setting Friday, qualify well Saturday and then get some results Sunday!”

“Donington was certainly a mix of highs and lows! We went from the joy -of taking our first win to having both riders suffer rare, unpredictable technical problems. The team have not only rebuilt both bikes, but they’ve taken steps to ensure we don’t have this problem again so I know both riders will be able to come out swinging this weekend and get the results we’ve proven we can achieve.

Brands Hatch is GBmoto’s ‘home’ event as a team, which ties in nicely with sponsors JG Speedfit and Global Reach Partners, as it’s also their home track too! It means both James and Westy will enjoy lots of support around the circuit – hopefully on their way to standing on the podium!”