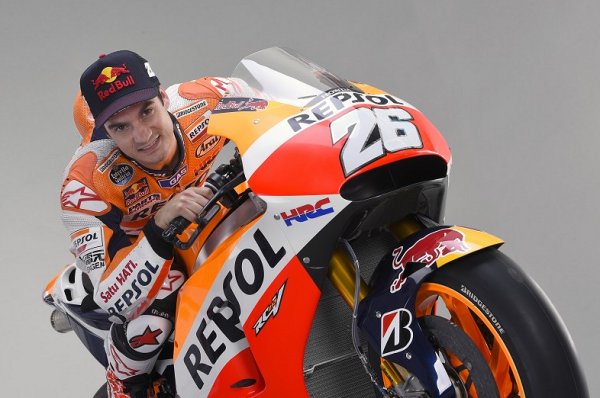 Repsol Honda’s Dani Pedrosa will unfortunately need further surgery to fix his arm pump issues that continued to plague the Spanish rider during the first round of the 2015 MotoGP Championship. This common problem among motorcycle racers is a build-up of pressure in the forearm causing great pain, and makes riding a bike exceptionally difficult when the muscle becomes too big for the ‘sack’ that it sits in.

Dani tried very hard over the winter in order to find a solution, after struggling to perform at his top level throughout the 2014 season, and even had surgery last year – after the Jerez GP – but it was unsuccessful. During this time doctors advised against any further surgery. Then throughout all the Winter testing it seemed that in theory the problem was solved, unfortunately the issue came back again under the stresses of the race situation.

After his sixth place finish in the opening race of 2015 in Qatar last weekend, Dani returned to Spain on Monday and met with specialists in Barcelona and Madrid. Their recommendation was for him to undergo surgery as soon as possible, which Dr. Angel Villamor will perform in Madrid. Special attention will be paid to the closing of the wound as this will guarantee better recovery and less risk of the problem arising again in the future.

Surgery is planned for the morning of Friday 3rd April with an expected recovery time of four to six weeks, this means Dani will certainly miss the Red Bull Austin and Argentina races. His return to racing won’t be confirmed until doctors can ascertain the success of the surgery.

His replacement will be HRC test rider Hiroshi Aoyama.

“Obviously this isn’t the news I wanted to be sharing with everyone. However, after speaking with some key doctors and medical professionals that I trust, they are all in agreement that this is the only option for me. We will have the surgery on Friday and they will use a special technique to help close the wound to try and prevent this issue continuing to affect me. Let’s hope it’s a success. I want to thank all my fans for their support, but especially Honda, Repsol, Red Bull and all our sponsors for their understanding in this matter.”
Source: Pedrosa confirms further surgery to fix arm pump issues